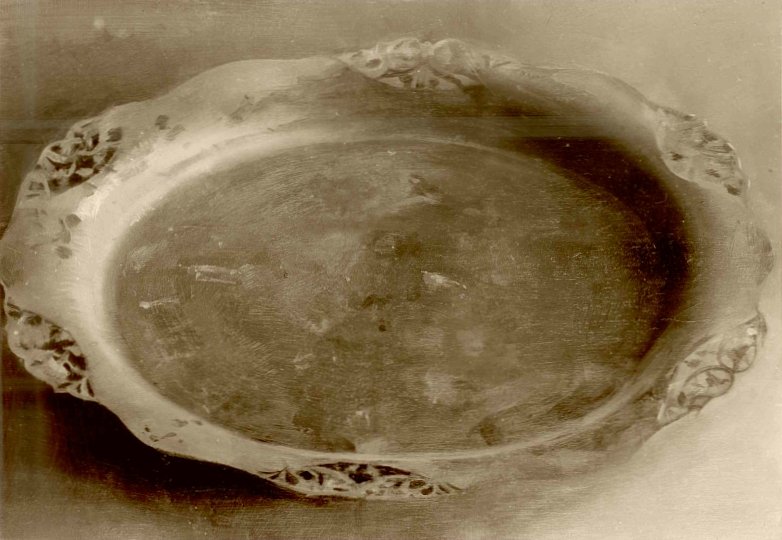 Warren Buffett once told his students that public speaking is the most important skill they could learn.

He didn’t say that most people fear public speaking more than death, according to surveys.

Could there be a greater challenge for an introvert than giving a speech?

So the eve of an artist talk, I searched YouTube for some last-minute advice. I found a video of speaking coach Richard Greene that could change anyone’s perspective on giving a speech.

“I don’t want you to ever, ever, give another speech

That’s not what great speakers do.
Public speaking is nothing more than a conversation, from the heart, about something you’re authentically passionate about… it’s a visceral thing; it’s not intellectual.”

Because we’re all passionate about things love, and we all know how to talk.

We talk every day, no preparation, no rehearsal. What could be easier?

Nothing. Until we get up in front of an audience and see all those expectant faces.

That’s when the stress kicks in. Along with butterflies, sweaty palms, and dry mouth.

Next, we try to be so much more than we are. The ultimate authority in our field.

When all we have to be is authentic and have an experience to share. Because the audience is on our side. They want the event to go well, otherwise, they wouldn’t have shown up.

Keep that in mind for a second and consider just about any element of your painting. How do you make it all more compelling, more convincing? Like the background, for instance. What do you do with it?

Forget that you’re doing a painting. Put that idea out of your mind.

Focus instead on creating three things—clarity, atmosphere, and space, while you connect with your subject.

Because you look at the world every day. You look at people, objects, and nature, and you over-analyze them. You don’t think foreground, background, or composition in your daily life. Only stuff in front of, and stuff behind, other stuff.

Some things come into focus and others go out. Forms advance and they recede. The visual world is a beautiful dance of tangible forms and intangible space.

But you need to strike the word painting from your vocabulary. Lose the P-word.

In fact, see if you can remove all language, and with it, all preconceptions, from the process of making art.

Some examples of why this is a good idea:
If you think Sky, you’ll make it too blue.
If you think Grass, you’ll make it too green.
If you think Shadow, you’ll make it too dark.
If you think Face, you’re begging for trouble.
Words for an artist can be a royal pain. Because the (metaphorical) left brain is dominant and a little arrogant, like many people you know.
It isn’t good with vision but thinks that it is. It sticks crude labels based on past experience onto everything you see in the present—which is the number one challenge for most student and many professional artists.
Which is why I stress the obliteration of all labels from the things you see and paint. And to the colors on your palette. Many of the colors you encounter are so layered and nebulous that naming them only causes trouble.

If this sounds difficult  or odd–and this next tip will sound like a contradiction–then try listening to an audiobook or podcast while working. Give the left brain a little something to do so that it doesn’t get bored and meddle with your art.
Keep it occupied, and let the right brain do its thing. It’s like giving your child or pet a toy to play with, while you get down to serious work.
But isn’t that distracting?
Yes, a little. And that’s the point.
A little distraction in the studio can keep your thinking light and flexible.
Most artists concentrate too hard and get too intense, creating tunnel vision and a mild panic when things don’t go as planned, which they never do.
If you’re learning something new while you’re painting you’ll feel relaxed and energized at the same time. You’ll be more experimental, and make fewer assumptions about how things should look.
You won’t obsess so much either. You’ll take your work, and yourself, more lightly.
To the earlier question, What do you do with the background of your painting?
As little as possible. And strike the B-word from your vocabulary too.
If you give the background too much thought and attention, you’ll make too much out of it, creating a solid, uniform wall of color or some noisy, distracting pattern. Or something else ambiguous. Unnatural-looking because it is in fact unnatural.
We can if we want to, blame the academies for draping those brightly-colored fabrics behind the live models we painted, which later became a habit. But let’s not do that.
Instead, let the background fade off and suggest depth while allowing the focal point to shine.

Ronald Sherr’s stellar portraiture is a perfect example of varying levels of focus, ranging from high realism to touches of impressionism to near-abstraction. All harmonizing beautifully within the space of a few inches.

Spend 80% of your time developing your focal point. And the rest–just let it rip.

Work the way the eye works. It focuses on small areas at a time. Everything else is seen peripherally. (BTW, a great way to take one area out of focus is to clarify another).

Great actors don’t seem to be acting.
The funniest people aren’t trying to be funny.
And the best painters don’t produce paintings.
The best painters connect, with passion, with whatever is in front of them, or inside, and their art flows from that passion.
Don’t think of yourself as painting a picture. Don’t even think of yourself as an artist.
Think about creating clarity, atmosphere, and space on canvas or paper. Then let your eyes and your intuition do the work.

Widget not in any sidebars
Related Posts