Racism doesn’t always have an ugly face. It can have a warm, friendly face, expressing concern for your safety while background-checking you for priors.

In my sixteen years as a fine art blogger, I’ve never published anything other than images and thoughts related to my craft.

I’m not an activist, I avoid political discussions, and am generally supportive of the police.

My attitude changed when my wife and I, a bookish, late-middle-aged couple, received an unexpected visit from a police officer while we were having dinner at her parent’s home. This was a home in an upscale, overwhelmingly-white neighborhood in Ocean City NJ., which we visited regularly for nearly 20 years. 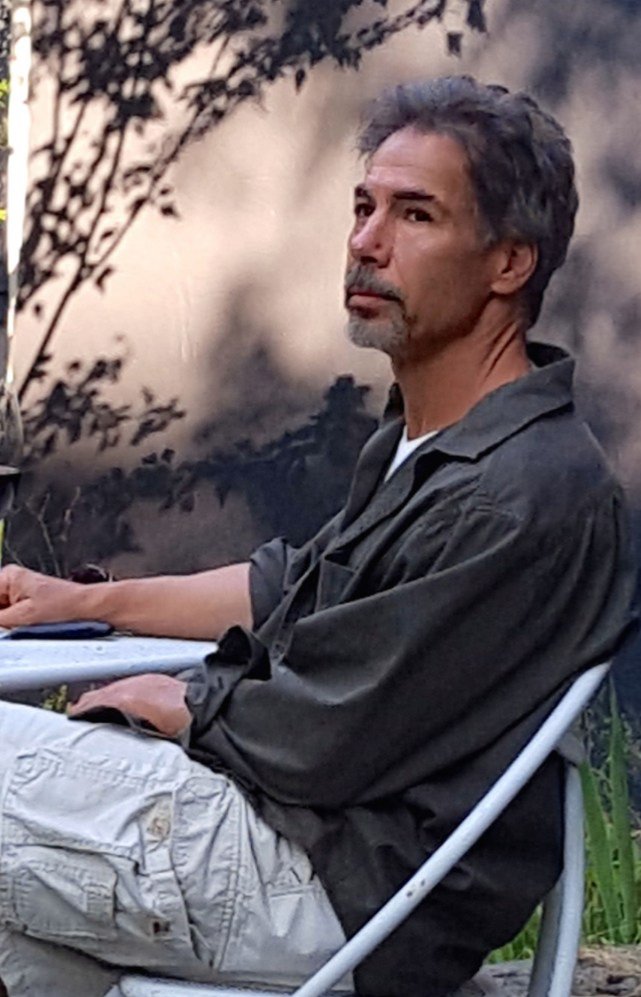 Technically, I’m a white man. My father was Spanish, so I could also be considered half-Hispanic, a card that I never play except when relevant. By late summer, my skin color is medium-brown.

Point is, I am often presumed to be Latino.

Hearing a knock on the door one evening, I found a polite young officer on the front terrace.

“Well”, he replied, and explained as the house had been vacant for a while–now occupied by us, a neighbor was concerned about possible trespassing and called the police to investigate.

The officer seemed kind enough, so I stupidly let him in.

The first red flag was his mood change when he saw my wife, a stylish, fair-haired, fair-skinned woman. He actually let out a sigh of relief when she joined us at the front door.

He then went to work on her…

How long has your family lived here?
Are you renting?
What’s your name?
DOB, please?

…and the second he had her name and DOB, he was out the door, in the squad car, and running her information for the next half hour.

Why her and not me?

First, I knew my rights and wasn’t volunteering information.

Second, asking me would have been a textbook case of profiling.

Because there was no crime, and no possibility of one, being committed. No crime was even reported. Nothing was out of the ordinary.

Someone living nearby simply didn’t like the way I looked, especially as I’d been doing yard work that afternoon wearing my shabby clothes. And that was enough to warrant police attention.

I let it go anyway. Just a paranoid neighbor and a rookie cop. I had nothing to hide, so no harm done.

What ultimately changed my mind?

Police “errors” that got people killed.

And in this particular department alone:

–The female Ocean City police officer who received a major 2020 sexual harassment settlement from her department after 9 years of abuse, intimidation, and pressure to keep silent.

–A 2016 lawsuit awarded to an Ocean City resident injured by a cop using excessive force to subdue her in an unnecessary arrest.

So I decided to speak up and contact Internal affairs. Their reply:

…the officer did nothing inappropriate while speaking to you on your property, trying to determine whether or not the trespassing complaint was valid.

Have you ever tried to convince the police they did something wrong? It’s maddening. Because police never do anything wrong.

And of course, there’s not a thing wrong with questioning then surveilling an innocent couple for no reason at all.

This experience taught me what people of color know and the rest of us don’t: that racism doesn’t always have an ugly face. It can have a warm, friendly face, expressing concern for your safety while background-checking you for priors.

I’ve got to credit this department, though, for its skill in sweeping a ton of corruption and abuse under the rug while brandishing its “America’s Greatest Family Resort” reputation.

A reputation that solely depends on which family you belong to.