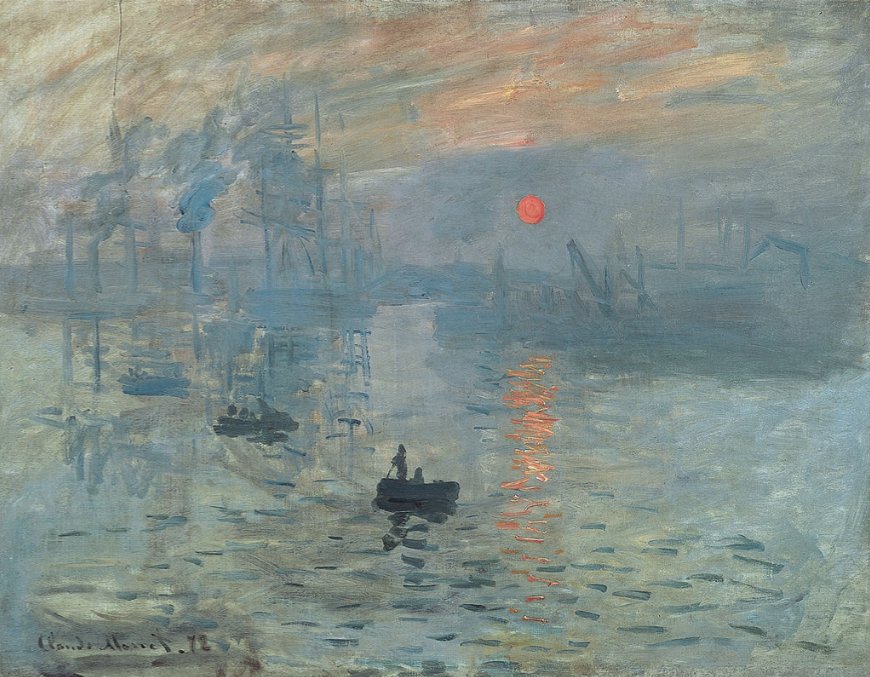 The first Impressionist exhibition originated with a group of Paris-based artists whose independent exhibitions brought them to prominence during the 1870s and 1880s.

The Impressionists faced harsh opposition from the conventional art community in France.

The name of the style derives from the title of a Claude Monet work, Impression, Soleil Levant (Impression, Sunrise), which provoked the critic Louis Leroy to coin the term in a satirical review published in the Parisian newspaper Le Charivari.