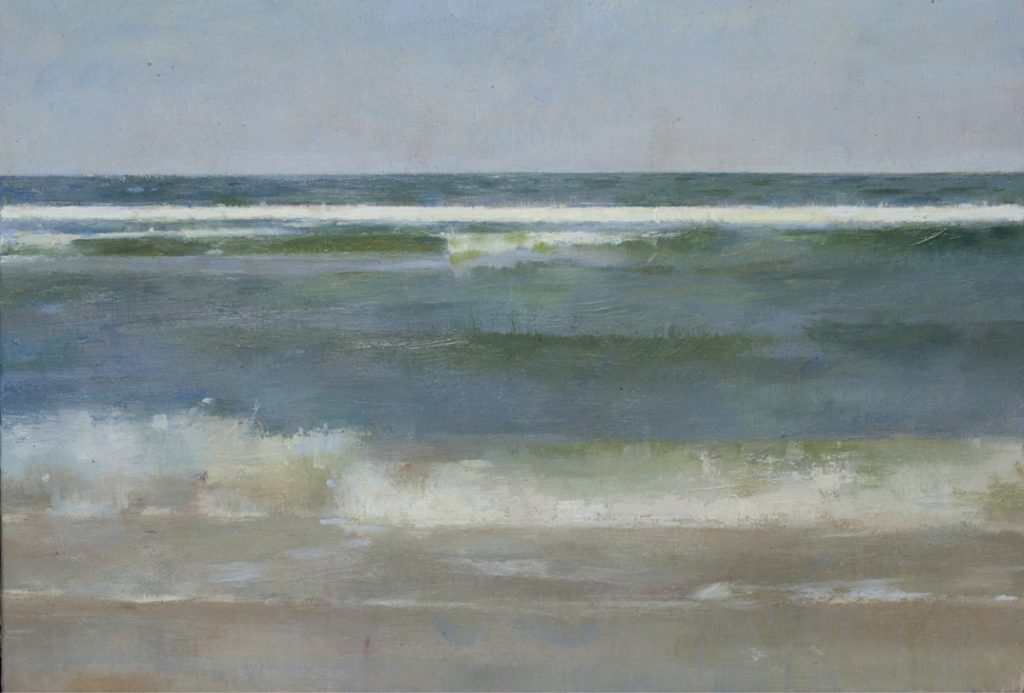 Dear fellow painters, \"It looks like a photo\", aren\'t my favorite words either.

Not my favorite because of what they suggest - that a precise photographic likeness is a painter\'s highest aspiration.

An assumption that subordinates painting to photography.

Five words that miss the touch, the heart, and the soul of the painted image.

That is until you listen more deeply.

Think for a moment about how we describe extraordinary people: \"She has an encyclopedic mind\", we say of the intellectual. \"He\'s like a machine\", of the supremely self-disciplined. Two examples of how high achievers and their work are ranked and compared with the inanimate.

As I searched for a third metaphor it hit me: It looks like a photo, is just that - a metaphor that describes a level of visual clarity that\'s impossible for an ordinary human to create.

The ability painters have to take that same gooey stuff that others use to color their homes, and transform it into something solid and lifelike is, to the non-artist, miraculous.

We know differently, but to the outside eye, this is magic. For this, the enthusiasm behind an artless phrase (no pun) we should be grateful.

The honest feedback in a person\'s body language. When someone gets within inches of your painting, backs and up moves in again, it\'s a standing ovation.

Or the smile-head-shake combo, which really means \"I can\'t believe this\".

It\'s fun to go undercover in a gallery or open studio event and watch what your work does to people\'s movements.

During my time in a studio building filled with avant-garde artists, I felt like a glass-blower in a tech company. These artists were kind and respectful toward traditional painting but didn\'t know how to respond to it.

And what would a 21st-century person say to a glass-blower anyway? I\'d probably say something inane and dumb, like, \"that\'s amazing.\" Such a skill is amazing, but that\'s all I know and haven\'t a clue what else to say about it.

The point is that folks are interested in what you do. They\'re impressed. Not just with painters but with the whole vanishing breed that creates the tangible and the beautiful with its hands.

They want to connect with you but mostly, hear what you have to say about your art. The comments are just an opening. A living breathing painter is so much more accessible, and potentially more interesting, than Rembrandt or Van Gogh.

Widget not in any sidebars

5 thoughts on “The Perfect Response to Your Art. And the Worst.”

SUBSCRIBE
American painter & draftsman Christopher Gallego has received five fellowships; his works have shown in notable galleries & museums throuighout the US. He teaches at the Art Students League of New York and the New York Academy of Art.
READ BIO.